What is a House? 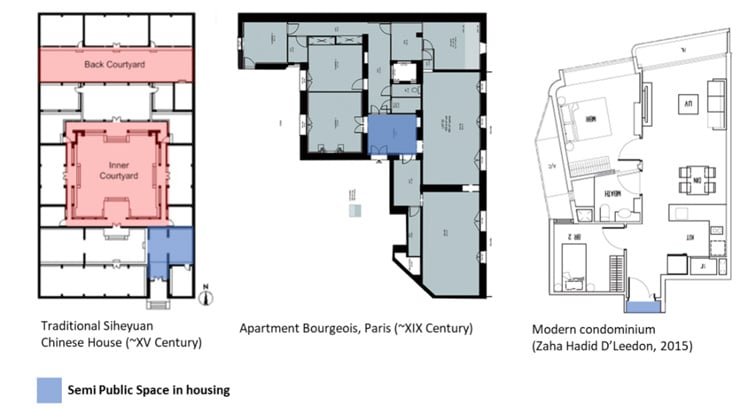 Homes aren’t always what they seem. In a recent article posted on CityLab, Feargus O'Sullivan explores the pragmatic origins of Amsterdam’s canal houses, coveted today as symbols of luxury and privilege.

Stephane Lasserre, Principal in B+H’s Singapore studio has been pondering how future homes may be influenced by thinking that is more similar to that of the practical 17th Century Dutch merchants than the 21st Century tech worker!

Traditional home design always featured transition spaces such as vestibules or courtyards, mainly to address social differences through spatial hierarchy. These sizable rooms near the main entrances disappeared as modern architecture rationalized the home as a wholly private space, exclusively for the enjoyment of the occupants.

As we see the rise of the gig-economy and entrepreneurial services such as private dining, AirBnB experiences and anywhere/everywhere learning, we are once again seeing demand for public spaces inside the home. Indeed revenue-generating space inside the home is acknowledged by Singapore’s Urban Redevelopment Authority and subject to regulation.

The current condominium typology has no flexibility in addressing such disruptive change. From the street entrance to the apartment, the idea of private property has been largely interpreted as a gated community with opaque shoeboxes as living space.

With tech-driven disruption transforming the demands on the private home, longevity and resilience once more requires that our homes become more porous and embrace the idea of public space. There are many issues associated with this transition, not the least of which is security, and there is tremendous scope for new thinking in home design. We may soon seen the return of the vestibule – this time not as a delicate social buffer, but as a catalyst for business and revenue generation.