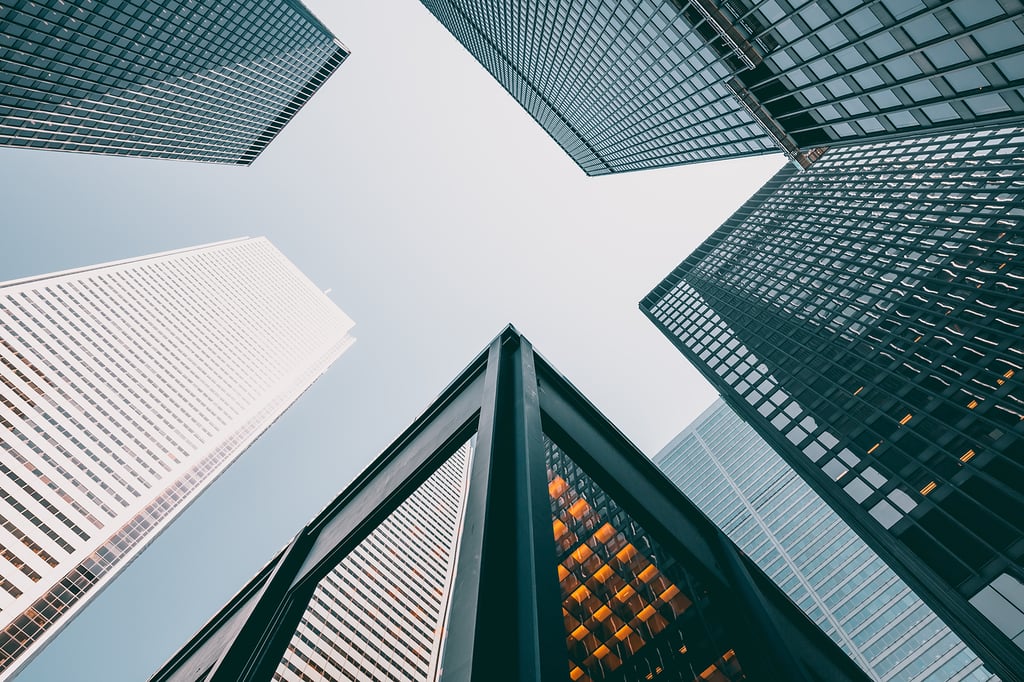 What happens when commercial real estate becomes pricier and more difficult to find, when many industries are being pushed to operate from within the city limits, rather than move further out like they have in the past? For many businesses, with so much competition and the cost of construction so high, the sensible solution is to stay put. As the world changes rapidly, it’s clear that no one person, including the client or architect, can decide definitively how space should work, look, or function. Finding ways to approach new problems with thoughtful, data-driven strategies will help us to better align company culture with effective, flexible spaces.

At a recent industry event, we discussed a noticeable shift on the horizon: a stratified approach to industrial building. Land is becoming such a premium… Instead of pushing way out to the far reaches of the Puget Sound to get reasonably priced property, companies are looking at using this vertical approach to industrial properties.

Where the commercial real estate market has grown increasingly competitive and overcrowded, and with fewer options on the ground, the question becomes: how do we do more with less, while maintaining innovation?

For large corporations, including big box and tech companies, expansion is a constant — from growing the labor pool to finding and developing spaces to accommodate those personnel.

Planning a building to adapt to the needs of a changing, diverse, and collaborative workforce requires flexibility. Not just in creating floor plans or room layouts, but in thinking about how these spaces might be used in the future. Longevity is an idea we always consider when embarking on a new project. Once a building is created, chances are it will still be standing many years after its original tenants and their businesses have left. Even during the tenancy of just one business, a space may need to evolve several times.

Often in these large corporations, however, row upon row of single offices and assigned desks continue to be the norm. It’s how people have worked for decades and, despite how technology and working paradigms have changed the landscape, this legacy has been hard to shift. Despite the rise in popularity of co-working spaces, remote working, and mobile offices, many companies (and the people in them) still cling to the idea of a traditional setup.

One of the worst things is to build out a beautiful space and add in some alternative spaces, then go back a year after the project opens, and the spaces look static, like nobody's using them - That's really disappointing as a designer because you build these spaces for people to fully inhabit. Figuring out how to address that culture shift, that's going to be our challenge if we're going to take this approach of doing more with less.

How Can You Reinvent When Stratification or Relocation Isn’t an Option?

It’s no surprise that in heavily populated cities, like Seattle, the price of real estate continues to rise as available space becomes more scarce. Even outlying areas that are reasonably commutable distances away have seen the crunch. In Bellevue, a short drive west over Lake Washington, businesses aren’t having much more luck finding places for expansion. By the end of the 4th quarter of 2019, according to CBRE, Bellevue’s Central Business District had the highest Class A asking rent ($58.79 / SF) in the Puget Sound and exhibited a vacancy rate (3.3%) that is 60% lower than the region as a whole. Despite nearly 940,000 SF of new office product currently under construction, nearly all of it is spoken for by some of the world’s most well known tech giants such as Amazon, Facebook and Google.

We need a better strategy to help companies reinvent themselves in place. People are learning about culture in the workplace, how important it is to affect a good culture, and about building trust within their organizations. The only way to do this is through a process of co-creation that surfaces wisdom from the organization and expertise from partners. When all these ideas are out in the open, a true solution can be developed.

In physically limited environments, it will be even more imperative to strategize for and plan industrial and commercial spaces that encourage socializing ideas and information, in order to create social environments that build trust and inspire greater collaboration, creativity, and connection.